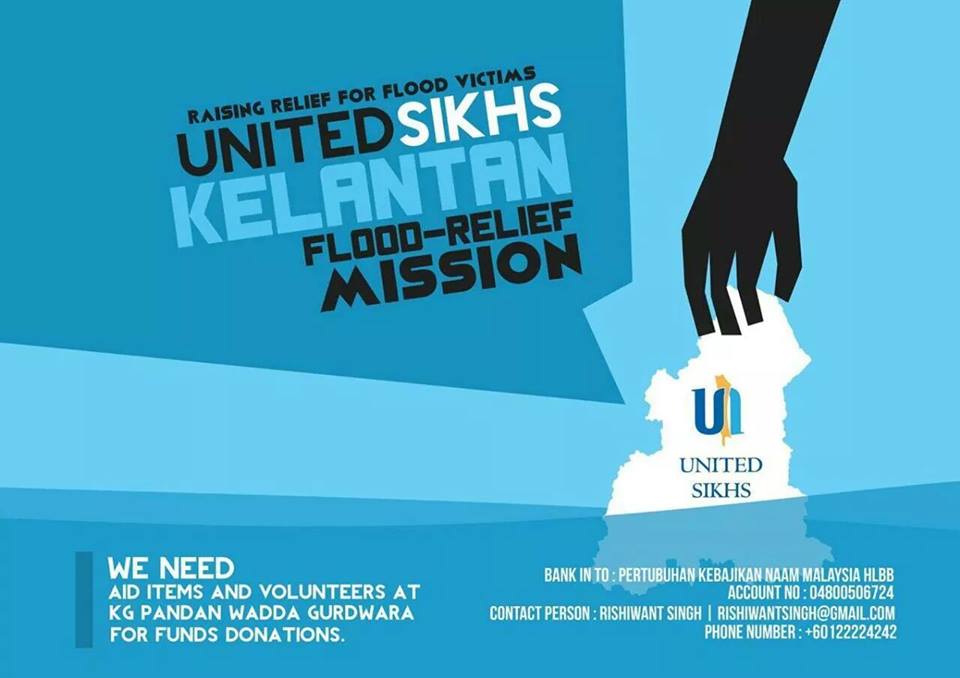 Article by: Captain Bagawan Singh – The Baaj of Humanity  flies back to Kelantan

We started the UNITED SIKHS Kelantan Flood Relief Mission on 25th of December 2014 for the flood victims. Â We also discovered that the Temiar orang asli (Malaysian indigenous people) had been cut off from civilisation due to landslides since three months ago. We answered their plight and the UNITED SIKHS Baaj of Humanity Helistar Air Food and Medics Mission took to the skies to answer to the plight of the Temiar natives. In total, we have delivered approximately 100 tonnes to different places. This includes the flood areas such as Kuala Krai, Kelantan and Temerloh, Perak. The Temiar orang asli we provided relief to included the whole village of Kampung Kuala Betis, Kelantan , Kampung Paya Sedayan, Pahang and some other settlements in Kelantan.

Below are Highlights of our Relief Work

In total, we reached reached and supplied 100 tonnes of goods and medicines to flood victims, including, approximately 5000 Temiar people who have been cut off from civilization for three months.